Every generation that Miguel Angel Solorzano remembers including his grandparents were devoted to coffee, so proudly is dedicated to the job learned from his ancestors. He lives in his farm La Vega in the municipality of Anzoátegui Huila with his wife and children, at 1600 meters above sea level.

He bought this property in the vereda El Fierro 14 years ago and since then has been devoted to their care and exploration. In it he discovered a coffee plant very different than those he knew next to Totare River. This plant called his attention, so he took care of it until he harvested the first fruits and saw that they were  bigger and better than the others, so used them as seeds for planting new plants until have 8000 trees of this variety to which he called Totare because of the river. He has given many of these seeds to their neighbors and are already many who have their farms cultivated with the Totare variety.

His farm has other species of trees such as avocados, oranges, mandarins and guamos.

We cupped his coffee in our laboratory and found out the next cup profile: 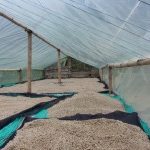 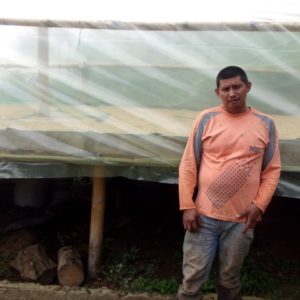